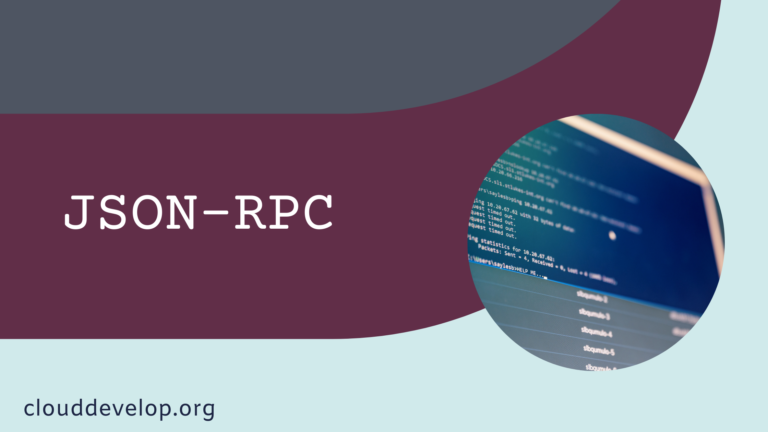 Developers that work with JSON should be familiar with JSON-RPC as well. Understanding what JSON-RPC is and what it implies for distributed computing and dealing with the Ethereum Virtual Machine, or EVM, is required when working with bitcoin, Ethereum, and Web3.

JSON-RPC is a protocol that is used to define various data formats on Ethereum. It also specifies the rules for how data structures in the network are processed. Since it’s transport-agnostic, it can be used to communicate with an ETH node through HTTP or sockets.

What does JSON-RPC Mean?

JSON-RPC is tied to JSON as a data format, which is actually the first thing you should know about it. JSON-RPC is an acronym for JavaScript Object Notation Remote Procedure Call. If that sounds overwhelming, let’s break it down into smaller chunks.

In a nutshell, JSON is a lightweight data transfer format. It’s important to remember that it’s not a programming language in and of itself. Rather, it’s a data-styling format that makes data transport simple.

JSON formats can already be read and written in most major computer languages today. Using JSON speeds up data exchange makes it more versatile, and makes everything work more smoothly.

JSON-RPC, on the other hand, refers to a JSON-encoded RPC. JSON is similar to XML in terms of purpose, and the XML-RPC protocol is similar to JSON-RPC.

Comprehending RPC is an important part of understanding “what is JSON-RPC.” The method by which a computer program triggers the execution of a subroutine or procedure in a separate place, known as an address space, is referred to as an RPC, in distributed computing. When it comes to distributed computing, these remote address spaces point to other computers existing on the same network.

RPCs are coded in the same way as local procedure calls are. In other words, regardless of whether the subroutine is intended to be local or remote, a programmer will write the same code.

There is no discernible difference in code between local and remote interactions, and the programmer does not need to specify whether a procedure call is to be executed locally or remotely.

RPCs, differ from local procedure calls in that they have a higher failure rate. Such calls may fail due to network hitches. Whenever we try to differentiate between local and remote procedural calls, it is important to note this difficulty.

As a result, caution is exercised when writing code for such procedures, confining them to low-level subsystems. Remote calls are also significantly slower than local calls. Another thing to keep in mind is that RPCs’ models must include some level of location transparency.

What’s the Point of Using RPCs?

When you divide apps into separate components that can act independently of one another, it helps. You can isolate presentation from logic using a technique known as multi-tier architecture. The front-end presentation portion of web apps is separated from the underlying application.

Alternative front-ends can be used more easily with this strategy. It also enhances safety. It is possible to minimize complexity and improve security in the overall architecture by separating the front-end from the data and limiting access to it solely through call functions.