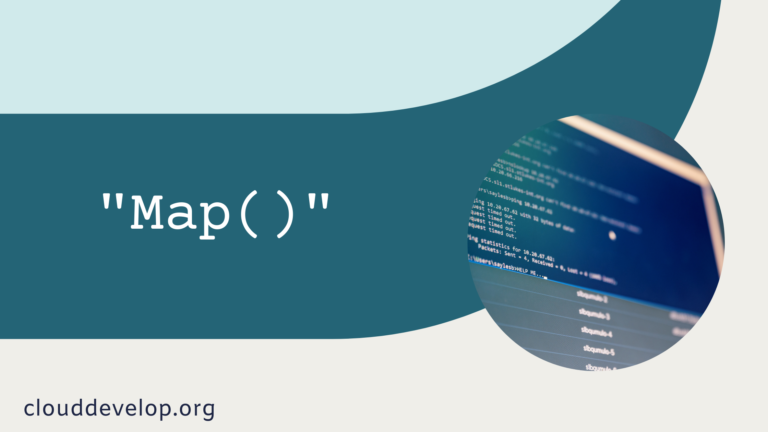 To get a new array with modified values, we may need to apply a function or operation to each element of an array. This can be accomplished by using a for() or forEach() loop to iterate over the array.

However, JavaScript has a built-in function called array map() that can let you do these kinds of actions elegantly without having to manually iterate through the array.

You will be able to accomplish these actions quickly while keeping your code sane and avoiding the use of large loops by using the array map function. However, if you’re new to javascript programming, the map() function can be a little perplexing.

The Array.prototype property was announced in ECMAScript 5 (ES5) and all modern browsers support it. The Array map() is a method that’s also included in it.

We had to use objects before ES6 to hold the key value pair. Except for an array, we never had any other data structure.

We now have an alternative way to handle the data, thanks to the arrival of javascript Map and Set.

What is a JavaScript Map?

Map is an iteration method that, like other iteration methods such as forEach(), filter(), reduce(), and others, allows us to loop across a dataset, performing the specified actions on each element.

The map() method produces a new array and populates it with the value obtained by applying the supplied function to each element of the old array. The map function is a non-mutating method, which means it does not affect the original array elements. Instead, it generates a new array and stores the value in it.

Prior to the release of javascript Map, developers had a workaround for dealing with key value pairs, however, that workaround had limits. Let’s look at the workaround first to understand why the Maps were required.

This strategy works well, however, the problem becomes more complicated when we encounter the object properties’ limits.

To save values, Object turns everything to a string internally. Hence, the number 5 is changed to “5”. As a result, we are unable to use the numeric key.

When we make use of objects as the key, the same thing happens.

Maps are an ordered set of key-value pairs with any type of key and value.

If an iterable object is supplied with key-value pairs in its elements, such as Array(arrays with two elements, e.g. [[1, ‘one’],[2, ‘two’]], then all of its items will be added to the Map.

Objects can also be used as a key.

Why Using Map() Has Greater Benefits As Compared To For Loop

The following are some of the benefits of using a map rather than a loop:

In both of these circumstances, you should avoid using the map function. In such cases, a for() or forEach() loop should be used instead.