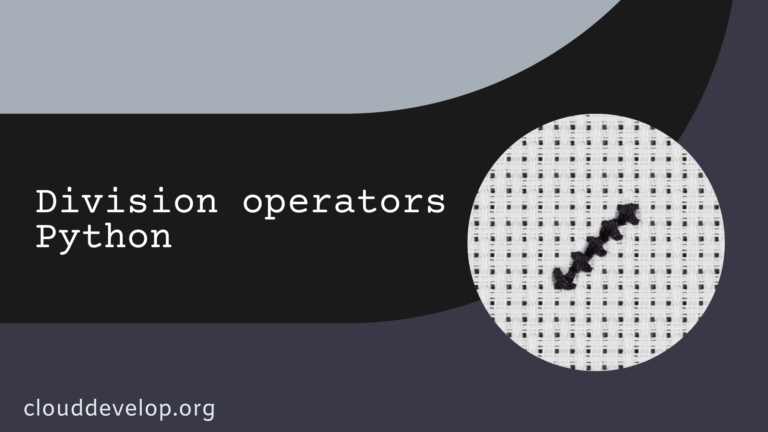 The division operators in Python are / and /. But why is that?

// will not work if you are using Python 2.1 or a lower version.

The output and explanation are shown in the table below for better understanding.

//, also known as “Floor Division” in Python, is the division of operands with the result being the quotient with the decimal point removed. The result is either rounded away from zero or floored if any of the operands is negative (towards negative infinity).

When you divide two numbers (using the usual division operator /) in Python 2, floor division is the default behavior.

Python 3 has transformed to make “true” (floating point) division the standard for the division that would otherwise be rounded off, and it will only do “floor” division when explicitly requested since this could end up being surprising (especially if you’re not cautious about the sorts of numbers you receive as function parameters).

In Python 2, you can receive the new behavior by including the from __future__ import division at the top of your files. It is highly recommended.

How do you use the // operator in Python?

How does the floor division operator work?

Floor division is similar to regular division, but it yields the largest possible integer. This number is less than or equal to the result of conventional division. This symbol represents the floor function mathematically (⌊ ⌋).

In Python, what is the objective of floor division?

If we want an integer result from division, we should use the / operator (floor division operator). It just removes the fractional element of a conventional division result.

Typical Examples of using // in Python

When you use the // operator, it returns the quotient’s floored value. Integer division, which would round the number, does not operate this way. Instead, the return value is the floor value.

Let’s look at a couple of instances to understand how this works in practice:

What happens with negative numbers is particularly interesting:

This makes sense from a logical standpoint. The result will be rounded down (i.e., floored), so while we might expect it to be equal to -2.0, the value will actually be -3.0.