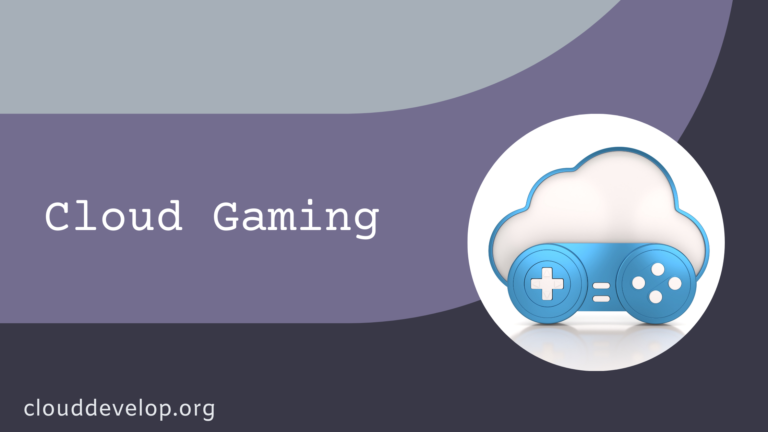 Cloud gaming is a system of gaming that allows you to connect to a game streaming service that hosts and runs the games you want to play on their servers while you stream and control it on your device. It’s a technology that carries with it the promise of letting you use any machine to play the most demanding games in the highest settings.

Cloud gaming gives users the ability to play AAA PC or console titles like God of War on your phone, PC, or tablet; a fascinating proposition when you consider not everyone has the hardware to run the latest and most demanding video games.

The History Of Cloud Gaming

The earliest move in the cloud gaming industry started in the early 2000s; however, OnLive and Gaikai were the first startups that made the first practical breakthroughs in 2009 and 2010, respectively.

Soon, Sony Computer Entertainment acquired Gaikai, which led to them offering PlayStation games, eventually making it the foundation for PlayStation Now in 2014. OnLive was never a profitable venture, and eventually, it was also bought by Sony in 2015, giving them access to a wide range of cloud gaming patents.

Other notable advances by popular companies are:

How Does Cloud Gaming Work?

In its most basic form, cloud gaming is supposed to work like the video streaming services we’re more familiar with, like Netflix and Hulu; however, instead of streaming TV shows, movies, and sports, you’re streaming video games. In this case, the subscription you pay grants you access to a virtual machine running your games somewhere on a server.

If you wanted to run heavy games on your PC, you would have to consider the limitations of your graphics card; however, using cloud gaming, the virtual machine does all the heavy lifting for you.

The requirements for cloud gaming on your devices are as follows:

You would need to register on whatever cloud gaming service you choose. Various services have their means of subscription; you can choose based on the game choices and subscription model that suits you.

Some games allow you to use a smartphone or tablet touchscreen to play; however, many others require a controller. Xbox and Stadia controllers are some of the most popular smartphone controllers, and they are available in wired and wireless form.

Pros and Cons of Cloud Gaming

There are advantages to using cloud gaming over a native console; here are some:

Gaming on the go has always been something that gamers love; playing the Gameboy my friends used to sneak to school was how I fell in love with video games. Today, our smartphones are the devices we use for everything– including gaming. However, many of the hottest PC and console releases aren’t available on smartphones; this is no longer an issue with cloud gaming.

Also, the strain of gaming on your smartphone can make it begin to overheat, which will, in turn, affect battery life and general performance. Cloud gaming also eliminates this issue, as the virtual machine does all the work; your phone is a streaming device and would work only as much as it does when you’re using Netflix.

Finally, the fact that game controllers can now work on smartphones means you can have the same controller experience as you would with a regular console.

2. You Don’t Have To Bother About Constant Hardware Upgrades

As video game graphics and gameplay experience improve, their demands on computer hardware also increase. PC gamers would find themselves scrambling for systems with the latest CPUs and GPUs that can handle the strain, and console gamers would need to buy a new console every few years.

With a virtual machine running the games for you, you can continuously play the latest titles without constantly changing your PC or console.

Many cloud gaming services give you access to a library of games with your subscription. As a result, you no longer need to bother about individually purchasing the games you want to play; this access to multiple games means you can try them for free without risk.

4. Eliminates All The Stress Of Game Downloads

As the latest game releases become more advanced, DVDs can no longer contain the size; hence, companies are moving to digital-only releases. While this is great for convenience, it means after paying for your games, you have to worry about the data cost of downloading them.

You also have to consider storage space when you get enough internet subscription to download the absurd 275 GB-sized ARK: Survival Evolved (with all the DLCs). All such worries are dealt with by cloud gaming.

Below are some of the bad sides of cloud gaming:

Remember that with cloud gaming, your input data has to go all the way to your server, after which a visual response comes back to your screen. No matter how fast your internet speed is, you’ll still experience a good bit of input lag. However, the lag is less if you’re closer to the data center; it still doesn’t compare to a native gaming experience.

Take note that with a good internet connection, this doesn’t mean you’ll have a horrible single-player experience; you only begin to feel its effect in multiplayer games. Competitive gamers should not come anywhere near cloud gaming for now!

Some of the side effects of video compression are motion blur in fast-paced games and color bending, which can take away from the immersive experience in the latest video games.

Another con of cloud gaming is that the virtual machines used by service providers run on server-grade hardware. The performance needs of a server are different from that of a gaming PC, which can lead to games not running as smoothly as they should.

Even the best server CPUs have relatively low clock speed– perfect for their original multitasking purpose but bad for gaming where single-core performance is the priority. The best server GPUs also don’t perform well with gaming demands because they aren’t supposed to be.

Cloud gaming might take away the need for high-end computer hardware to play the latest games; however, to have a good experience, you need a stable and solid internet connection. And by solid, we are talking nothing short of 15-20 mb/s, speeds that aren’t even attainable in some parts of the world right now.

The best bet for such speeds would be a wired connection, which means you’ll hardly be able to play the AAA games on your smartphone (which some are hoping for).

Where your pocket begins to feel the brunt of cloud gaming is in the area of internet subscription fees. Google Stadia users that want to game in 4K would use about 20 GB/hour, with even 720p costing around 4.5GB/hour. The accumulated data costs could leave you spending more than if you got a console or gaming PC.

Unless you’re spoilt for cash or trying to break a gaming addiction by rationing your playtime, this is enough to turn most people away from cloud gaming.

Is Cloud Gaming Worth It?

Cloud gaming is a fantastic means to give gamers access to more games; however, the cons still far outweigh the pros. Even the best game streaming services end up making you spend more for an inferior gaming experience.

Also, the slow advancement of this area of the gaming industry is a result of the lack of big-name players. However, deep-pocketed tech companies like Google and Microsoft getting involved in cloud gaming means expectations are higher than ever. The growing reach of the 4G network and the fact that 5G is on the horizon would also massively improve the cloud gaming experience.

In summary, I’d class this more as something for gaming enthusiasts to keep their eyes on soon.

Read Also: What is an AWS Data Pipeline?