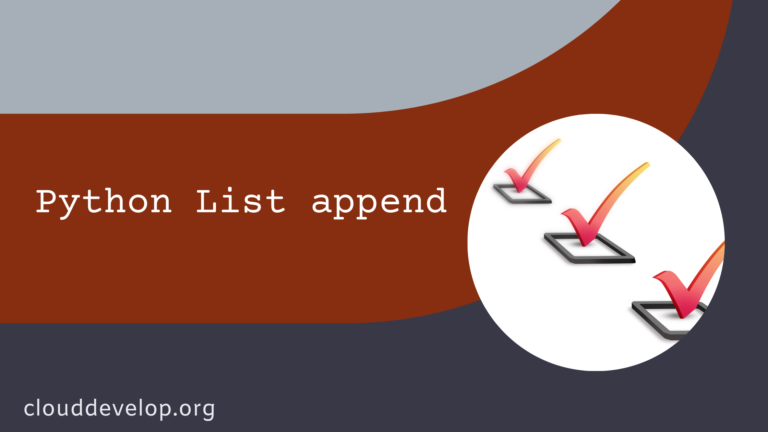 In Python, lists are one of the most often used data types. They include a variety of components such as strings, integers, dictionaries, and so on. The Python append method is used to attach a new member to the end of a list.

When dealing with python lists, the append() method adds just one iterable or item to the rear part of an original list. It doesn’t return or generate a new list of items, but it does add the item to the end of the existing one.

The fundamental syntax is as follows:

To append an object to the rear end of a list, use the append() function.

In Python, how do you append many items to a list at the same time?

The append() method in Python 3 adds a single item to an existing list. Only one item may be added at a time using the append() function. You’ll want to utilize the extend() function if you wish to add numerous components at once.

The following is the syntax for the extend() method:

The extend method accepts a list of items as input and adds each of them as a distinct item to an existing list.

The extend method is demonstrated in the following code:

We have a list named nations in this example, which contains three countries. We used the extend function to add three additional nations to the list all at once.

We may send another list to the extend() method in Python since it accepts a list as its single parameter, as seen in the following example:

It’s worth noting that the extend method appends each additional item to the list’s end.

Append Vs Extend Method in Python

How to Append Elements to a String in Python Several Times

Should you need to append to a string consistently in Python, change it to a list, append your items to that list, then merge the list back into a string after you’ve finished.

Consider the following scenario: you’re seeking lines that start with “ERROR:” in a big log file. All of those lines should be saved as a string and written to a new file.

Your initial instinct might be to do it this way:

However, because Python strings are immutable, that method necessitates the creation of a new memory allocation each time the string is modified.

Instead, you should carry out the following actions:

You won’t notice much of a difference if you’re only making a few changes to the string, but if you’re making thousands, this way is substantially more resourceful.

In python lists, what is the difference between append and insert?

In a Python list, the difference between append and insert is that append methods can only be used to add new items to the list, but insert methods may be used to add as well as alter already occupied positions.

Also, the append function accepts one parameter (which you must put into the list), but the insert method requires two elements (the first being the element’s location and the second being the element itself). Here are some examples of how to use both methods:

You can put an element in any location, but it will be stored right after the last one. This reasoning is based on the reality that lists organize data.